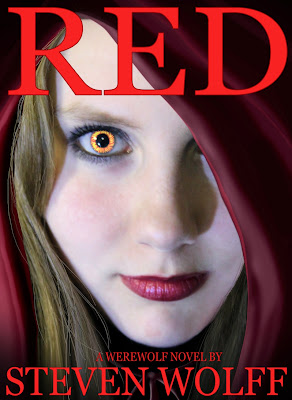 This is the official cover to a book I haven't written yet but I'm excited to do. I've got the concept/story line written I just need to flesh it out. Red is a re-imagining of the Red Riding Hood tale where Red's parents are killed by a werewolf. She survived but was scratched, causing her to be infected with the curse of being a werewolf. To break the curse, she must hunt down and destroy the bloodline of the wolf who created her. Together with the help of Peter who raised her, she swears revenge on the wolf who killed her parents and terrorizes the village he calls home. There's lots of twists and turns that will leave the reader going WOW.  :-) 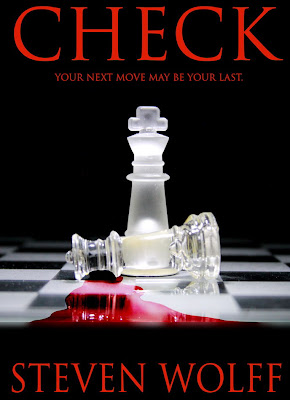 Check is another one i'm excited to write because it's based on a real life chess game being played with real people by two mysterious players with a lot of power and money. The twist of this game is that two people have to fight for control of one spot (which can be at a bar, hospital, theater, you name it) and the one who wins changes how the rest of the game is played. No one knows who's making the moves but if you're not careful, your next move maybe your last!  ;-)
Posted by Author Steven Wolff at 2:18 PM No comments: