Hello dear readers and viewers, It's been a while since I last posted. Not only have I lost my mom, I've also lost my father right before Christmas - 2019. On top of that, at the beginning of the year, I've moved into a house - so I've been busy trying to make it a home. Throw on top of that the covid-19 virus and well... it's been chaotic. I haven't been writing as much as I'd like to and I've been trying to launch my youtube channel www.youtube.com/authorstevenwolff so yours truly has been swamped. I hope you and your family are hanging in there. Please do your part - stay physically apart but socially together online. I'll try to focus on getting more content out while being at home. I'll post more later but for now, keep your chin up. We will get through this together.

I've been away for a while... taking care of myself and others. My mom passed away and I needed time to heal and find myself. Life sometimes can be a whirlwind and it can make you dizzy. Great news though, I'm back and have lots of exciting things planned!

For one, I'm working on uploading a lot of YouTube content that will cover all kinds of things, from tutorials, to unboxing, to reading clips from my best sellers. I've been behind a camera and behind the scenes since 1991. With my experience acting, filming, editing, etc, I'm looking forward to entertaining you with humor and all kinds of cool things.

Thanks for reading my posts and sticking with me for however long you've enjoyed my work. I am so appreciative of you and can't wait to take it to a whole new level.

Exciting News About The First Ones There (A Science Fiction Thriller)

I'm excited to report that my Sci-fi Thriller The First Ones There is finished and will be available on Day 1 as both a digital E-book and available as a print book! (Those who buy the print book will get the e-book version free). I've been working on polishing the book, the cover, and it's going through several beta readers so that the final product is as good as it gets. It's been a labor of love and I'm excited to get it out to you in the coming months. I haven't decided yet if I'm going to release it before Christmas, but I might. If I do, it'll be on Thanksgiving or maybe even Halloween. It depends. I really think this book will do really well, reaching a wide audience and since it's written in PG format, there's no offense language so it can be read by all kinds of people, young and old.

Thank you to everyone who supports me and my writing. It's because of you that I continue doing this.

Posted by Author Steven Wolff at 3:51 PM No comments:

I think it's safe to say that 2016 has been a year we will never forget (unless you're so sick of it and never want to think of it again.) As I write this, I received word that Carrie Fisher has passed away from complications with her heart attack. Of course George Michael was just taken a few days ago as well.

2016 also brought an election year many people won't forget and a political upset (or victory depending on who you were rooting for.) We've lost a lot of wonderful people this year, and I've even lost several people close to me - both friends and family.

The one thing I'm proud of - is getting my book Self Aware 2 - Revenge of the Fallen completed several months ahead of schedule. I'm also glad to see people are enjoying it better than the first book. That's always a compliment when people have to wait a year or so to continue the story - and it was even more satisfying than the first.

With 2016 coming to a close - 2017 will soon be here. With it - another year of who knows what. Our attitude and outlook will determine if it will be positive or negative. While we can't change somethings around us, we do have the power to control our behavior. I think we need to approach 2017 with an open mind, avoid the negativity as best possible, and help others from the littlest of things, to the greatest of things.

Life does go on, and we will get through this. Things end - and with it - comes sadness. But things begin again - and with it, comes happiness. Be happy and let's make 2017 a much better year together.

Also, thanks for reading my words and being my fans.
Sincerely,
Steven Wolff
Posted by Author Steven Wolff at 11:19 AM No comments:

Happy Halloween my dear readers. It's been a while, but I'm happy to say that Self Aware - Revenge of the Fallen (Book 2) was two months ahead of schedule - so I decided to release it on Halloween! (How appropriate! The timing couldn't have been better - it was just last week Negan introduced his bat to the world on the show The Walking Dead. No spoilers here - but the new season is upon us and I hope it's making your mouth water for zombies. If so - you're in luck - Stephanie and Britney are back and sassier than ever. It's taken me two years to finish that book and i'm glad that it's now available on Amazon.com. I love my books, just as much as you enjoy reading it. Although with every ending, comes a new beginning and my next book is going to take us into space, set in this day and age - in an action/thriller called The First Ones There. I'm really excited to start writing it and my goal is to have it done by Christmas next year. (Wish me luck!) As always - thank you for supporting my dream of writing and thank you for giving me your precious time by reading my words. I really hope you enjoy my latest work... it was a labor of love. :-)

Steven W.
Posted by Author Steven Wolff at 6:17 AM No comments:

The New Ghost Busters Movie & My Thoughts On It ....

On July 15th, 2016, Sony is going to release the movie Ghost Busters with an all new female cast. When word got out about a year or so ago that a new reboot of the franchise was happening, the internet took to arms ~ not at the all female cast ~ but at the frustration of movie makers cashing in on old classics. As a writer myself, I am asking the question "Where's the originality anymore?" To which I get the same response over and over again "Nothing is new, it's the same old story, told a different way." I'm sorry - but I call bullshit on that notion.

There are plenty of original ideas still out there, plenty of great story tellers, and movies from these great ideas still to be made. (The Matrix, Back To The Future, etc. are examples of original movies that stand the test of time. Ghost Busters is a classic as well.) Some would argue that there's a new generation of movie-goers who haven't seen it, and while that maybe true, there are plenty of people who did see the original ghost busters... but should it have been made?

What's causing an uproar (in my opinion) is not the all female cast, but the fear that Hollywood will water down perfectly good movies that are gems in their own right. (Mention out loud a Back To The Future remake and you'll set the internet on fire) 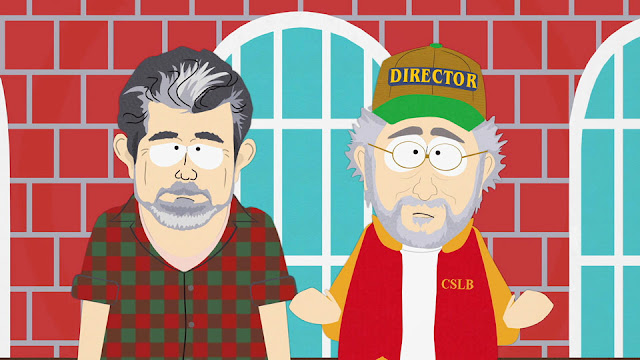 The creators of South Park (Trey Parker & Matt Stone) touched on this in their episode "Free Hat" where they confront movie producers who are re-releasing and changing movies they made, often making them worse. However, this isn't the case with these four ladies. They aren't Ray and Egon, they are their own characters, (Yes, set in the same world - thirty years later.)

Melissa McCarthy by her own right has fine tuned her comedy and acting to a level that is worthy of respect. The ensemble of other fine actors and comedians who join her (combined with the talented producer/director who made SPY Movie) not only promises to deliver, but knock it out of the ball park. She's working with a great cast, a producer/director who knows how to balance action AND comedy, combined with 2016 State-Of-The-Art special effects... all of this adds up to a blockbuster movie, even with those protesting their dislike for the movie.

All in all - the new Ghost Busters movie is going to be a big summer hit, and those who are saying "I'm not going to see it!" will hear from their friends that it is indeed an original-enough movie that it compliments the movie of the same name-sake. I WILL see this movie because I have no doubt that it will be entertaining and provide the Oooo's and Ahhhs that captured our imagination back in 1986. I will even post a spoiler free review below.  :-)

What are your thoughts? Are you with me? Are you going to see it? Leave your creative comments in the comment section below.

Posted by Author Steven Wolff at 10:01 PM No comments:

So many books to write - So little time!

Hey everyone - I'm still here and I'm still writing. I've been busy with being a full time student, but things should ease up soon. I'm excited about this book idea I'm working on - it's a modern day "race to space" kind of action/thriller. I wish I could tell you, but if I do, someone will steal the idea and make it theirs. Believe it or not, people do that. What I can say is that it has to do with racing to outer space and the clocks-a-tickin'  :-)

Self Aware 2 is slowly coming along. I'm sorry I missed the December deadline, but the book is still in progress. Book sales for the first book has been discouraging - even though it's in the zombie genre and The Walking Dead is at an all time high. Some say that that market is saturated and people aren't interested in reading zombie fiction. I don't know. Self Aware 2 - regardless of sales, or lack of interest, etc. is still going to be written and published because I have a story to tell. I also haven't forgotten all you Anica Storm fans either. She and Marcel start off the second book (Anica Storm & The Dream Crystal) sitting on top of a Were-Spider, ready to go over a cliff.

So that's it for me. Lots of books to write and lots of stories to tell. If you're a fan - I would love to hear from you. Until then - I'll see you in my books.