I'm happy to report that I got my first customer (someone I don't know) who wanted to be on the mailing list to remind them when the follow up of my book Got Ghosts? Real Stories of Paranormal Activity comes out. It feels pretty good to have a complete stranger not only enjoy my work but want to be notified when there's more. It's very inspirational and motivating to know people like your work and want more. Imagine hundreds, if not thousands of these requests. It will happen, just give it time and treat your customers well. For me, this is my first but still it's a small step in the right direction.

This is why it's important to give people the means to contact you on your website. When people want to be notified, you're not spamming them, you're giving them what they want and they are giving you a guaranteed sale. If you have 10 books out, they are probably going to buy your 10 books and the 11th one when it comes out too, because they've made a connection with you. They like your style and work.

Treasure these emails and customers and reward them with special offers, discounts or exclusive things as your way of thanking them for giving you the time of day. There are thousands of other authors out there, but they chose you. Respect that and you'll go far. 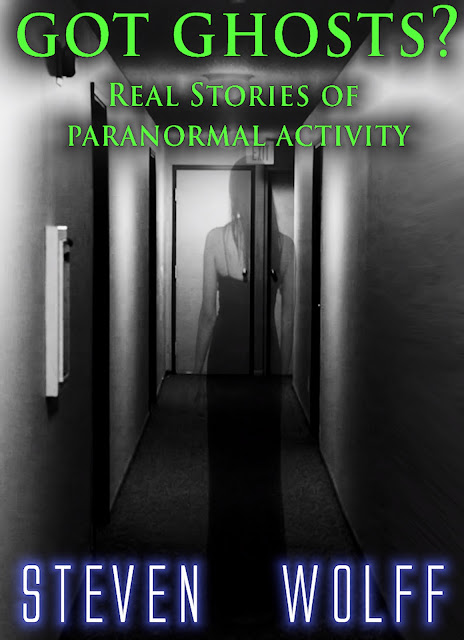 Posted by Author Steven Wolff at 2:36 PM No comments:

John Locke admitted paying $3000 bucks for 300 five Star reviews on his books. This propelled him to the top of the charts and he made a little over a million bucks in five months.
He even wrote about it in a book called just that How I sold a million ebooks in 5 months, but having read the book cover to virtual cover, he neglected to mention that part.
When other authors caught wind of this, there were some heated discussions over ethics, practices, and what's right and wrong.
The term "sock puppets" derived from authors (and others) creating fake accounts and leaving positive reviews for themselves. Some even took it a step further and left negative one star reviews against other authors they don't like.
In an effort to control "sock puppets" Amazon.com created a filtering system that is hurting more than its helping. Strict algorithms are intercepting and deleting reviews before the see light of day. I know because I have 4 unaccounted for reviews from customers who bought my book Got Ghosts? Real Stories of Paranormal Activity. Hundreds more are reporting the same.
As a new author, I depend on every honest review I get. If people write a long review and Amazon is just going to delete it, guess what? People are going to stop leaving reviews. If anything I think it only encourages people to leave "sock puppet" reviews because Amazon is denying the legitimate ones from being posted.
This knee-jerk reaction is like killing an ant with an atomic bomb because you have a few bad users. You don't level the playing field without the means to justify yourself.
Here's an idea Amazon... If you delete it, say why or give the author or reviewer a chance to prove it by adding a capcha or means of proving you're a human and legitimately bought the book (or what ever item you're reviewing). Have them submit a picture or order number that your algorithms can verify.
You're biting the hand that feeds you. Yes its your site, your rules, but if you piss off enough authors, guess what? There's Barnes & Nobles, Sony, Apple, Kobo and a few others who may treat us better. I'm just sayin'
Steven Wolff
Posted by Author Steven Wolff at 4:29 AM No comments:

I am honored that Stephen Ormsby took the time and consideration to be the first author to interview me at the beginning of my writing career. Please click his link above to read the interview and share this with your friends.